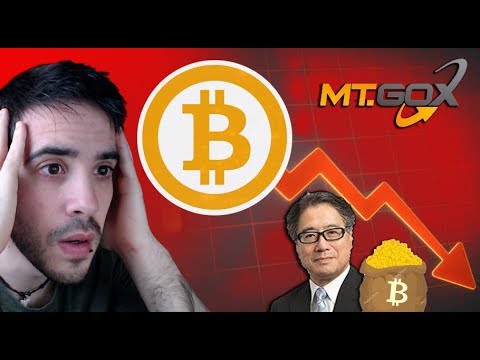 Previous reviews: Jan, Feb, Mar, Apr, May
Crypto moves way too fast for me to keep up, so I aggregate each day's biggest headline and publish the list at the end of the month. Below is my list for June. My main news source was reddit. My main holdings are ETH and NANO, but I try to make these lists as unbiased as possible.
Market cap movement throughout June - a slight downward trend. Mostly sideways, with some sharp downward dips it has yet to recover from.
6/1 - Huobi, the 3rd largest exchange in the world, launches a cryptocurrency ETF that tracks the top 10 cryptos. 6/2 - EOS’ year-long ICO comes to an end, raising a record $4 billion total, over twice as much as Telegram’s next most valuable ICO. 6/3 - ZenCash undergoes two consecutive 51% attacks, with the attacks taking nearly 20,000 ZEN. 6/4 - Apple co-founder Steve Wozniak says that he buys into the idea of Bitcoin becoming the single international currency. 6/5 - The Indonesian government clears cryptocurrency to be traded on futures exchanges as a commodity. 6/6 - Internal job postings reveal that Fidelity Investments is building a cryptocurrency exchange. 6/7 - MasterCard files a patent for a system that would securely verify credit card purchases using data stored on a blockchain. 6/8 - After a lengthy investigation, Korea National Tax Services fines Bithumb $30 million in unpaid taxes but finds no evidence of illegal activity. 6/9 - Columbian banks close all the accounts of South American crypto exchange Buda following legal issues with the platform. 6/10 - The EOS main net launches, but struggles to get 15% of its tokens staked, which is required for the main net to allow transactions 6/11 - Subscription-based crypto-mining company Argo Blockchain is approved to be the first blockchain related company listed on the London Stock Exchange. 6/12 - Iota and Volkswagen demonstrate a proof-of-concept for secure, over the air data exchange between autonomous vehicles at the Cebit 2018 conference. 6/13 - A study by the University of Texas at Austin concludes that the price of Bitcoin was inflated by Tether in December 2017 and January 2018. 6/14 - In both a written statement and a speech to the Yahoo All Markets: Crypto summit, SEC executive William Hinman declares that Bitcoin and Ether are not securities due to their decentralization. He also states that other ICO cryptocurrencies may be considered securities, and that it is possible for tokens to lose their security status over time. 6/15 - A fatal bug is found in the Icon smart contract that allows any unprivileged account to enable and disable ICX transfers for all accounts. 6/16 - Less than 48 hours after going live, the EOS mainnet pauses transactions to identify and fix a serious issue. 6/17 - The Brave browser commences a rollout of its ads trial program, allowing users to get paid in BAT to watch ads. 6/18 - Payment services company Square is granted a BitLicense by New York, allowing state residents to buy and sell Bitcoin through its Cash app. 6/19 - $30 million of assets are stolen from Bithumb in the second such attack against the Korean exchange in 12 months. The exchange pledges to replenish the funds themselves and ensures no losses in users’ accounts. 6/20 - A partial audit of Tether by DC law firm Freeh, Sporkin & Sullivan LLP concludes that Tether has enough money to fully back every USDT in circulation. 6/21 - Nano releases mobile wallets to Android and iOS, but users immediately discover that the seed generation technique on the Android wallet is insecure. A hotfix is pushed several hours later. 6/22 - The Tokyo District Court halts the sale of any Bitcoin held by MtGox until February 2019. 6/23 - Four blockchain entrepreneurs are awarded Thiel Fellowship grants: Vest co-founder Axel Ericsson, Polkadot co-founder Robert Habermeier, MyCrypto CTO Daniel Ternyak and Mechanism Labs co-founder Aparna Krishnan. 6/24 - Chinese authorities arrest a man for allegedly stealing power to fuel a secret crypto-mining operation. 6/25 - Top venture capital firm Andreessen Horowitz raises $300 million for its first dedicated cryptocurrency fund. It plans to put the money in early stage tokens, as well as later stage networks like Bitcoin and Ethereum, and hold the investments for 10 years. 6/26 - Facebook reverses its ban on cryptocurrency ads while maintaining its ban on ICO promotions. 6/27 - Malta, the current location of Binance headquarters, passes three cryptocurrency and blockchain related bills in an effort to draw more business to the “blockchain island”. 6/28 - Dan Larimer proposes an EOS “Constitution 2.0 “ through Block.one after 27 EOS accounts were frozen by EOS’ Core Arbitration Forum. 6/29 - A joint report from PricewaterhouseCoopers and the Swiss Crypto Valley Association shows that the ICO volume for 2018 has already doubled that of 2017. 6/30 - BitMEX CEO Arthur Hayes predicts the Bitcoin price to reach $50,000 by the end of 2018.